For 30 years of research life, I have continued to trust, as I have been resulted in by other individuals who went before, that my Irish ancestor was Leader John PIGOTT, of Queen's Denver, who'd a kid named David PIGOTT who was delivered in Dublin about 1759. John Senior sailed from Plymouth, 9 March 1690, for the West Indies, like a young specialist while Plumber Dublin in the Duke of Bolton's Program (later Henry HOLT's); their vessel established area of the West Indies Squadron, under control of Commodore Lawrence WRIGHT, sent to target safety concerns as a result of hostile German action within the neighbourhood, including Antigua, where the Squadron came on 30 May 1690.

Further, the marriage notice printed in Faulkneris Dublin Newspaper in July 1759, recorded the marriage of Captain PIGOTT and Mrs LUMLEY - which implies this marriage was to the younger Steve PIGOTT, who had been then now involved within the transatlantic trade as a vesselis Captain, and not his older nephew who seemingly have well since retired to provide for his acquired Irish property interests.

And that word rapidly spread to Ireland, where an identical item appeared in Faulkneris Dublin Diary of Saturday 30 May. Perhaps he spent his time all atsea, from small as 14 years, first being a small midshipman, then up through the ranks of Mate, until he was manufactured a Chief in his own appropriate -28. Old Bailey Proceedings Online (, edition 7.2, 23 June 2016), July 1731, trial of John Piggot (t17310714-27). The 1759 link of Steve was with Hester HILCOCK, child of Barnaby HILCOCK and Cock-Pit Operator, of Hill, Dublin. 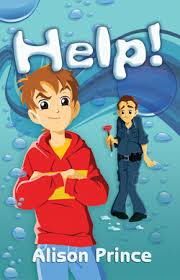